Having been forced to postpone her 2017 run due to a vocal cord injury, Shakira treated fans to a powerful and nostalgic return in Hamburg. The emotion of the past year was clearly displayed on-stage and throughout Hamburg’s Barclaycard Arena.

After putting so much into the preparation and rehearsals for the originally scheduled tour, Shakira and her production team have clearly doubled down this time around. Fans can look forward to one of the best produced shows of the year as she dances through Germany and onto the rest of Europe. While the quality will surely remain throughout the tour, few shows will match the opening night for power – although the final shows of the European leg may carry just as much emotion as the curtain comes down in the star’s adopted home of Barcelona. 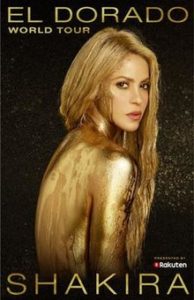